Skip to content
Grand Parkway is moving along as planned. Katyites are so excited and can’t wait when the ramps are officially open!  During the construction about 2-3 weeks ago, the 1-10 traffic was shut down over the weekend at certain hours to built the cross bridges that connected the ramps over 1-10. Some people were frustrated to take the detour, but knew it will pay off. The ramps are designed to cut down traffic for commuters during rush hour traffic.
To learn more about the construction of Grand Parkway and the proposed routes going around Houston check out:
The Grand Parkway Association www.grandpky.com/ 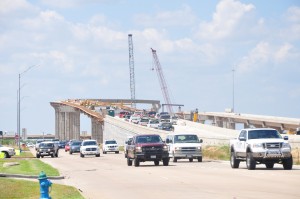